The HORL knife sharpener: how it's made

The HORL HQ is located in Freiburg, Germany. A wonderful city at the base of the Black Forest. Only one day after the launch of the HORL 2 knife sharpeners Knivesandtools was guided through the Black Forest and visited all locations where the HORL knife sharpeners are produced. We were so impressed by the sheer size and quality of the entire process we decided to share all of it with you.

At the moment HORL is using two different types of wood: German oak and dark American walwalnut. As soon as the wood arrives the experts at HORL dry it at a temperature of 80°C, reducing the wood moisture content from 12% to 7%. They do so while using a metre-long vacuum drying oven. In total this entire process takes about a week. It is, however, an essential step in creating stable wood that won't shrink or expand during the rest of the production process. As soon as the wood is dry it is cut to size and ready for the next step in the process.

The dried pieces of wood are placed in different milling machines. These machines quickly turn the pieces of wood into the recognizable HORL Station sharpening stone holders, the HORL Displays and, of course, the HORL knife sharpeners. The machine straightens out every edge and drills the holes that are necessary later on in the process. The magnetic holders that are included with every HORL knife sharpener, are placed on a bevelled piece of wood at a 15 or 20-degree angle. As the machine is finished each piece of wood will be enhanced with a 15-degree angle on one side and a 20-degree angle on the other. This is how your knife ends up with that same angle as you sharpen it. The observant reader probably already noticed it. The angles and lines of the HORL station and HORL display are also milled at a 15-degree angle. Perhaps not that relevant in terms of function, but it does make the whole look nice and uniform.

Each HORL knife sharpener and every wooden accessory is sanded, measured and checked by hand. Yes, you read that correctly. Each wooden part is sanded by hand. Simply because it will leave you with the best results and because it reflects the quality and perfection HORL is aiming for.

After this personal treatment the wooden parts receive a thin coat of lacquer. This coat protects the sharpener from moisture and dirt and gives the sharpeners a nice, glossy finish. Instead of this nice coat, the HORL 2 Cruise and HORL 2 Pro are enhanced with an (even) more beautiful coat of paint. Afterwards all parts are transported to the next location for their final assembly.

After arriving at the final location the finished wooden parts are once again measured. The next step is adding the engraving to the wood with the help of a laser. The sharpeners then receive their iron core (in the case of the HORL 2 with ball bearings) and the diamond-coated, ceramic or stainless steel sharpening discs. The magnets are placed inside the magnetic base and secured with the right amount of pressure and glue. After one final check the sharpeners are good to go and ready for their next stop: Knivesandtools!

A video of the production

This short video will show you the production process of the original HORL knife sharpeners: 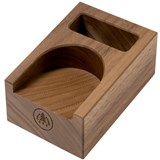 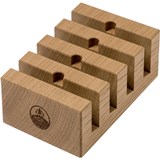 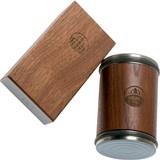 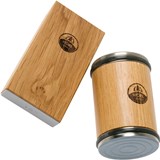 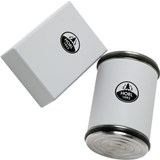 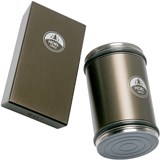 Sharpening: the basics. Sharpen anything from knives to axes and scissors.
How often must you sharpen your knives?
Sharpening your own knives!