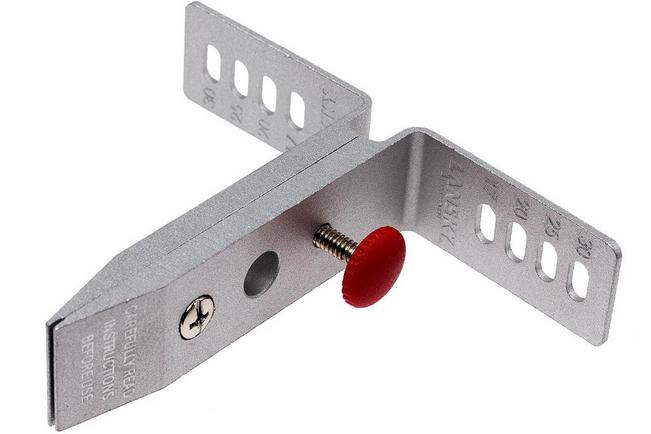 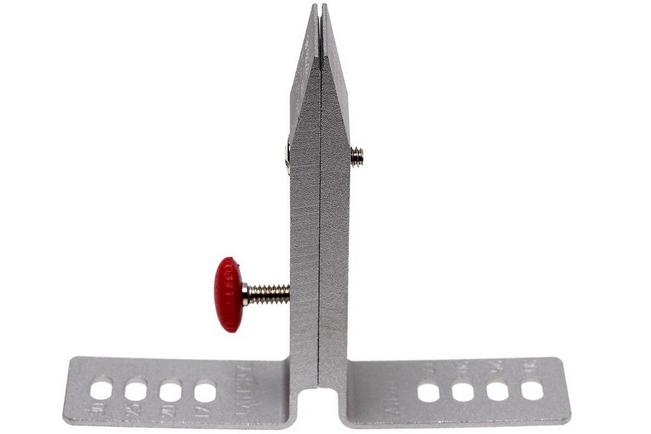 Great clamp holds the blade very firmly and acuratly provided the knife is not too thick. Only criticism is that if you try and screw the jaws down to firmly the adjusting screws can pull out because of the aluminium build. That said I have used the whole lansky system for years and this was the first time I have had to replace any component