This Forge de Laguiole table knife set is comprised of two beautiful, handmade knives. The razor-sharp blade has a core made from French stainless steel, and retains its sharpness for a long time. The stag horn scales radiate luxury and are equipped with the characteristic shepherd's cross in the shape of seven rivets. And, of course, the typical Laguiole bee can also be found on the spine of the blades.

Forge de Laguiole is the only producer of Laguiole knives that actually resides in the village of Laguiole. Other famous names, such as Fontenille Pataud and Laguiole en Aubrac, produce their knives from the neighbouring village of Thiers. All knives are made by hand according to a fixed set of rules. As befits a real Laguiole knife maker, these knives are fitted with handles made from the finest materials. Forge de Laguiole also demands that quality steel from French soil is used at all times.

The origin of the Laguiole knives

The production of the knives we call 'Laguiole knives', already started at the start of the nineteenth century. The first knives appeared in 1829, probably inspired by the southern Spanish Navaja. The knives were originally meant to be used by farmers and shepherd's (hence the cross on the handle). Afterwards the knife was further developed and waiter's knives with corkscrews emerged.

After the First World War the entire French knife production moved to Thiers, which, until today, is the knife capital of France. Other renowned Laguiole producers also moved. In the 80s, however, in the small village of Laguiole, the French brand Forge de Laguiole was founded which can still be found there today. For some Forge de Laguiole is, as such, the only 'real' Laguiole brand. 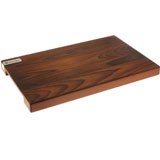 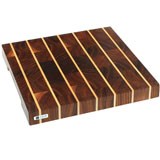 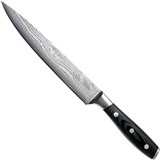