This Victorinox Junior pocket knife looks like the Victorinox Evolution 17 and is the perfect pocket knife for young adventurers. The knife of the Junior is not enhanced with a tip, but does contain a sharp edge. Once opened the knife will immediately be locked. As such it can never accidentally close! This pocket knife also contains all tools you could possibly need for your daily adventures. The tools are organized in between the specially shaped scales. The scales enhance the grip and offer stability. As such this knife is amazing to use.

Safety first. To safely enable children to become acquainted with Swiss pocket knives, Victorinox designed this knife. It can easily be recognized by its blunt tip.

Branches as thick as your wrist are no problem for this wood saw. The saw is thin. The spine is approximately 1.0 mm thick and the teeth 1.5 mm thick. Because the spine is smaller than the teeth the saw won't get stuck in the wood and it limits friction. In addition to living wood this saw can handle pallets and shelves.

Striking about this pocket knife for children is the corkscrew. The question is what children would use this for. The most creative way of using a corkscrew is using it as a coat rack. Turn the corkscrew into a wall and use the handle as a hanger. 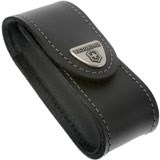 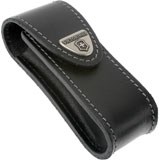