At first glance the Victorinox NailClip 580 looks like any other typical Swiss pocket knife. However, this is actually a compact multi-functional manicure set. Enhanced with nail clippers, a nail file, nail cleaner and a pair of scissors. Always take care of your hands, no matter where you are. You can easily open the nail clippers with the quick-release mechanism. This pocket knife is also enhanced with a knife, tooth pick and key ring. The tools are enhanced with stainless steel that comes with a lifelong warranty. The tools are stored and protected in between the solid scales. These scales are adorned with the famous Victorinox logo: shield with cross.

Great service and quick delivery as always. The nail clippers make the knife much thicker than it appears in the photos, but still very pocketable. Bought this for the Mrs to keep on a keychain and it's a little bigger than I was expecting. Still nice though, she likes it.

Great service and quick delivery as always. The nail clippers make the knife much thicker than it appears in the photos, but still very pocketable. Bought this for the Mrs to keep on a keychain and it's a little bigger than I was expecting. Still nice though, she likes it.

This is a great knife. I bought it as a present for my wife from my son and I got I engraved. The engraving is lovely and exactly as I wanted it. The knife is very practical and a really good size for putting into a handbag to carry around. 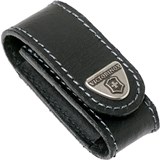