Ever since the 17th century Böker has been producing knives in the knife capital of Solingen, Germany. Today it is one of the world's leading knife brands. From their headquarters in Solingen, Germany, Böker serves the world of knives with all kinds of knives. From pocket knives and kitchen knives to razors and survival knives.

The current form of the Company Heinr. Böker & Co was founded in 1869. This means that in 2019 Böker celebrates its 150th anniversary. We were invited to the festivities in May, 2019 and visited the Manufaktur in Solingen. We got a close look at the production process and love to include you in this factory tour at Böker Solingen. We also love to tell you more about Böker as a knife company.

Böker as an international knife company

Ever since the establishment of Böker in Germany the company adopted an international approach. Family members opened separate parts of the company in the United States and Mexico. As such Böker is one of the oldest multi-nationals in the world. Especially in the pocket knife world. But that is not all, they also, as a result, have an extensive company history, especially with two world wars that occurred in between. All of the experience gained during those years of knife making is represented in Böker today.

Böker Manufaktur vs Böker Plus

It is a question often asked: what is the difference between Böker Plus and Böker Manufaktur. The answer is relatively simple. Böker Manufaktur is made in Solingen, Germany. Böker Plus is made outside of Germany. This means that a large part of the production process is carried out in China, but Böker Plus knives are also made in Italy, Spain and the United States.

Then there is the Böker Arbolito. These are Böker knives that are made in the Böker factory in Argentina. This factory produces a lot of hunting knives.

The Böker Manufaktur in Solingen

It is easy to say that Böker owns a 'factory'. That word, however, has such an industrial character. Especially since the experts at Böker do so many things by hand. As such the term 'Manufaktur' would be more appropriate.

Böker's current premises date back to the late nineties. It was then that the owners decided that Böker was ready for a more modern building. A new building was built next to the old factory. It has enough room for the different parts of the company: the offices, production and distribution.

Adding such a modern building, however, didn't mean that Böker forgot what started their success: precise craftsmanship. Böker's production process in Solingen has, ever since its start, been filled with a lot of manual labour. Some models are a part of the range ever since the first year in 1869.

Of course there are machines. But in reality they still need to be handled by experienced workers. Because let's face it, a knife won't sharpen itself and not all holes can automatically be drilled. Some people sometimes think that you simply throw a piece of steel and some material for the handle into a machine and out pops a knife on the other side. That is definitely not the case.

Here we see some old punching machines that are still used today to punch out different parts. From blades to springs for the spine, liners and washers. For it they use machines that are over 100 years old. These rooms could, of course, also have been filled with new machines. But Böker knows that new machines will not always be able to do what their old, trustworthy machines can do. Employees add sheets of material to the machines by hand.

A knife is nothing without a good blade. Böker is known for using many different types of steel. From classic carbon steel to the famous Solinger razor-steel (silver steel), but also high-end types of powder steel. A flat piece of steel is nice, but a blade needs to be sharpened to work well.

There are many ways to apply a grind, but the most occuring options are applying a hollow or a flat grind. Many producers select one and become experts in applying that specific grind. Böker, however, is one of the few companies in Europe that applies both hollow and flat grinds. They simply look at each design and type of steel to decide what looks best.

Each knife needs a handle. In the Solinger Manufaktur Böker mostly works with natural materials. Wood and horn. These are also the types of materials that cannot be delivered in standard formats and sheets. For that reason there is a separate department where employees prepare the material for production. Stag horn is cooked, straightened and flattened to make sure it will nicely fit on the knife. With the help of a circular saw a master carpenter saws blocks of wood that can be used for different knives.

Another employee manually passes wooden handles alongside a milling head to mill out the desired shape. The fine work is carried out during assembly with grinding belts. Some knives are even made with the use of a CNC-milling machine that prepares the handles. This, however, doesn't change the fact that all these handles are made to fit the knives by hand as well.

The people who make knives

For a brand such as Böker the people make the knives. Because of the large amount of manual labour Böker requires extremely skilled hands. Because there is no professional training that will teach you how to become a knife maker Böker trains many employees themselves. Young people from all over the world come to Solingen to learn how to make knives at Böker. These enthusiasts are definitely caught by the knife bug!

It is hard to imagine that today these tasks are still carried out in Europe with so much love and attention for the profession.

By hand the pins are flattened to rivet the pocket knives together. On low stools employees sit in front of sanding and polishing machines to apply a perfect finish to all surfaces. A column drill is used to drill out the cut-out for the silver Böker logo. It is hard to imagine that today these tasks are still carried out in Europe with so much love and attention for the profession.

We also witnessed the production of Böker straight razors with our own eyes. Each razor is subjected to 18 steps until the blade is shaped as such that it has the classic Böker razor-style. By hand the blades are moved in between grinding wheels until they are enhanced with the famous Böker hollow grind. Böker is very adept in this department and special tasks are carried out here that are considered to be trade secrets. As a result it wasn't that surprising that they asked us not to take any photographs of this part of the tour.

Quality check: each knife under a magnifying glass

A separate room in the factory is reserved for a number of skilled women who inspect all the knives before they leave the factory. With gloves and some cloth they check every single knife. They test all individual aspects of a knife to see if it works as it should and are ruthless: each imperfection means that the knife is send back to the production hall.

These ladies also add a little note with their number to each knife that leaves the Solinger Manufaktur. As such, in the event of complaints, it is always possible to see who inspected the knife before it left the factory.

Only if a knife has fully been approved it is enhanced with the original Böker logo with the chestnut tree. The quality feature that has guaranteed Solinger top-quality for years. Originally this logo came from an old chestnut tree that was located next to the Böker building. This tree, however, died during a thunderstorm. Fortunately the Böker museum located behind the current Manufaktur still features a wood-carving of the logo, made from the original chestnut wood from that Böker tree.

The brand Böker with the chestnut tree dates back to 1674, before the actual establishment of the current knife company. This information resurfaced when in 2017 the Mexican branch of the family found documents that were lost during the war.

Because Böker is active in many different countries the brand changed its name to: Böker Baumwerk for the German language, Böker Treebrand in English and Böker Arbolito for the Spanish-speaking customers.

Seeing so much still being carried out by hand is incredibly impressive. When you walk around in the Böker factory you notice that everyone working there is proud of the knives, the brand and of what they are doing. From punching out designs to the smallest modifications: each action will require human hands. In a day and age where most knife brands depend on many CNC-milling machines which carry out a computer program, it is almost a relief to see that at Böker most knives are made without the help of a CNC machine.

This also means that you can regularly spot the hand of the maker in the knife. Especially when you are dealing with natural materials. It has its own charm, and makes each knife unique. What all knives have in common though is that they proudly carry the Böker logo with the tree. 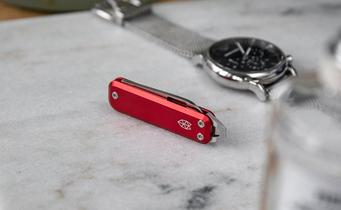 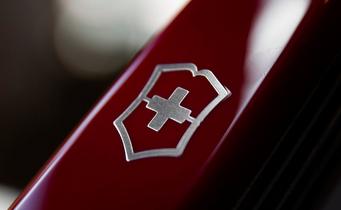 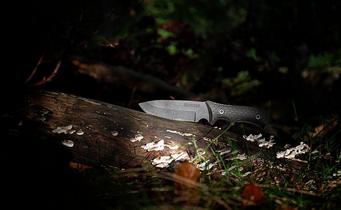 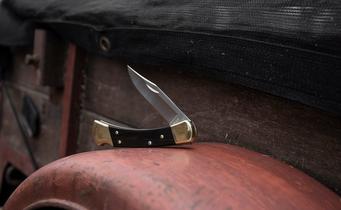 8 knives any collector SHOULD own! 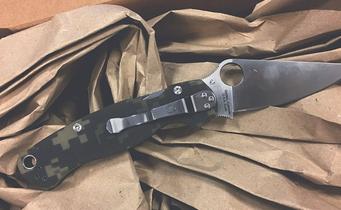 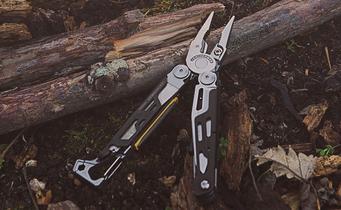 What is the best multitool? 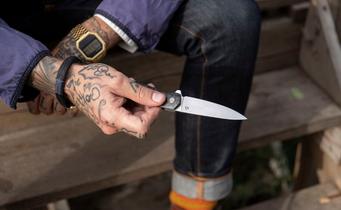 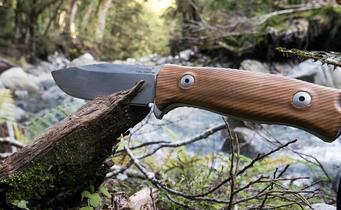