Bring light to the darkness

There is a NiteCore head torch for everyone. From simple head torches that will help you find your way on the campsite or while reading a book in your tent, or the more complex models for the demanding outdoor athlete, ranger or hiker.

Most of the NiteCore head torches are waterproof or at least splash-proof. In addition to the ‘regular’ head torches NiteCore has a range of head torches with a higher Colour Index Rating, also known as CRI. Regular head torches are often enhanced with a white LED light. This type of LED does not fully present natural colours, but makes the image slightly bluer. For many people this isn’t a big deal. However, if you intend to use your head torch while you are filming or making photographs you want one that makes the scene look as natural as possible. That is exactly what the CRI range from NiteCore does best. How the NiteCore CRI works can be found at the NiteCore CRI informational page.

Rechargeable head torches are the best choice when you use your head torch on a daily basis. Never worry about individual batteries, but simply enjoy a built-in battery that can easily be recharged via the micro-USB port. Many head torches have been enhanced with a built-in Micro-USB port to recharge your battery. As such every free USB-port will become a charging station. 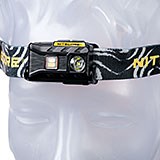 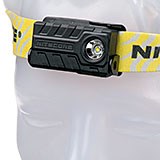 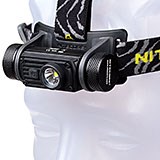 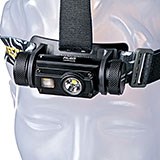